Happy Easter! Here is an easy bread that can be an impressive addition to your Sunday dinner. 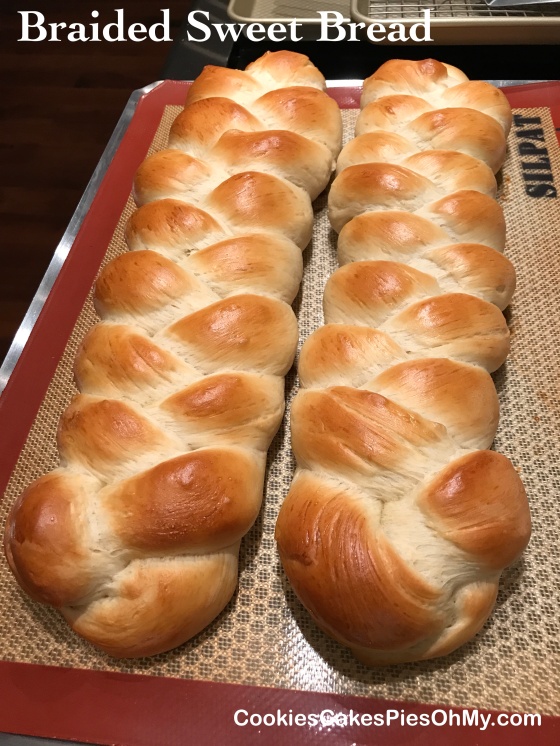 In large bowl of mixer, dissolve yeast in warm water. When yeast is bubbly, add egg, melted butter, salt and enough of the flour until soft ball forms. Knead. Turn dough out into a greased bowl, cover and let rise for one hour or until doubled. Punch down dough and divide in half. Divide each half into three equal pieces, roll each piece into a 16″ rope and braid. Repeat with other half of dough. Place each braided loaf on greased or lined baking sheet and let rise 30-45 minutes. Preheat oven to 350°. Whisk an egg with a little water and brush loaves. Bake 15-20 minutes until golden brown (interior temp of 180°). Recipe found at thebakerupstairs.com.

The heavenly aroma of something cinnamon baking, have a cinnamon twist! 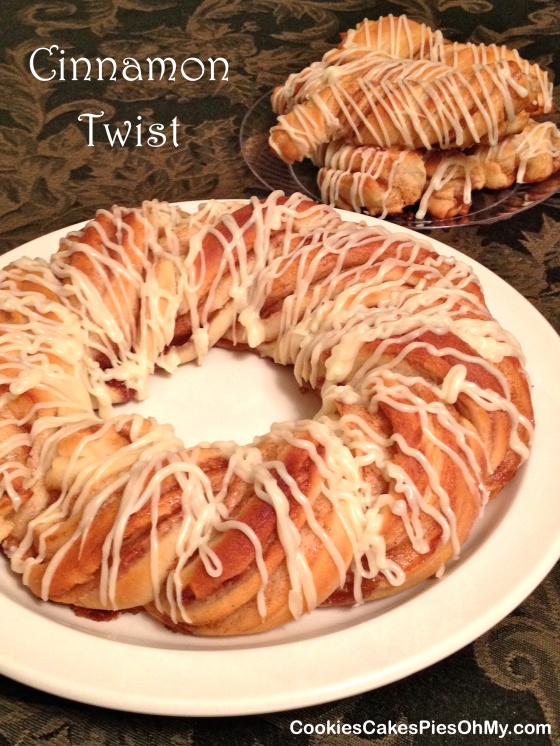 Divide dough in half. Roll out one half of dough to 18″×8″ rectangle.  Spread half of cinnamon filling over dough.  Roll from long end to long end, pinch seam.  Cut down center lengthwise.  At this point, the two long pieces can be twisted together and put in a circle or cut into shorter lengths and twist for individual portions (see pictures below). Repeat with second half of dough. Cover and let rise until doubled.  Bake in preheated 375° oven for 15-20 minutes.  Frost with cinnamon roll glaze. 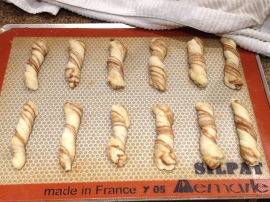 Had to have an eggnog fix today!

One Year Ago: Coconut Bites

For the love of PUMPKIN! Click on a picture to get the recipe. Which is your favorite?

One Year Ago: Banana Cake with Vanilla Bean Frosting

Oh, the heavenly smells of cinnamon, cloves, nutmeg, and ginger. Oh, the delicious tastes of pumpkin and spices!

One Year Ago: Apple Berry Pie

I'm Kristen. Welcome to CookiesCakesPiesOhMy. Baking for my family and friends makes me happy, and sharing it with you makes it even better. I hope you find many recipes here that you will want to bake for your family and friends. Happy Baking!

Search for a Recipe…